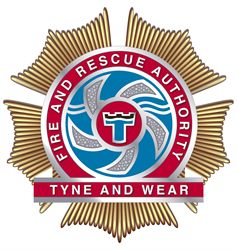 During the spring months of April and May, Tyne and Wear Fire and Rescue Service sees an increase in the number of fires which are set deliberately.

Most of these fires occur on grassland, woodland, waste land, in fields, parks and playgrounds. They are usually started by young people setting fire to rubbish, grass, fly tipping, hedges and fences.

Not only do these anti-social behaviour fires cause damage to property, the environment and tie up firefighters unnecessarily but they can also cause injuries and deaths; what may seem like a bit of fun can quickly spread and endanger lives.

The Fire and Rescue Service is asking parents to support them by finding out what their children are doing if they go out during the lighter nights.  They want parents to back the campaign by making children aware of the dangers of setting fires deliberately – it’s no game playing with someone’s life.

Fire is unpredictable and dangerous, not only can it kill but deliberately setting a fire can leave you with a criminal record and scar you for life.

Please follow the link to view our short film which highlights that fire crews cannot be in two places at once www.twfire.gov.uk/lighternights The film shows a young person being dropped off by his mum to play with his friends in a park. They decide to set a fire which is put out by fire crews who also receive a call to attend a road traffic collision (RTC). A fire crew from another station attends the RTC whilst the local crew is busy putting out the rubbish fire started as a bit of fun. After they arrive to support the fire crew at the RTC the driver of the vehicle dies.

For more information on how to stay safe from fire please visit www.twfire.gov.uk or www.facebook.com/twfrs orwww.twitter.com/tyne_wear_frs, or search for ‘twfrs’ on Instagram.